While the vast majority of our patients suffer from male or female pattern baldness each individual is different and during your initial consultation Dr. Mirrafati. will evaluate the cause of your hair loss in order to determine the best treatment option for you. In some cases the doctor may request a blood work-up to determine thyroid function or testosterone levels. In rare cases like in the case of suspected scarring alopecia a small biopsy will need to be performed and tested by a pathologist for proper diagnosis.

Hair loss (or alopecia) that is not in a genetic male or female pattern is divided into: 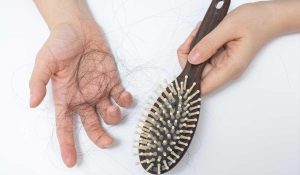 Hair Shedding: Sometimes generalized hair thinning is caused by hair shedding. More than 100 hairs per day is significant – this usually is a telogen effluvium (hairs which have entered the resting or telogen phase of the growth cycle – and are thus falling out). When hair follicles enter the telogen phase, the hairs held firmly in those follicles become loose and fall out. Certain severe toxins, radiation or chemo can cause anagen effluvium – where hairs are shed during the anagen (growth) phase of the cycle – as the follicles are destroyed. A telogen effluvium usually occurs about three months after the precipitating event, whereas anagen effluvium occurs closer to the toxic event. 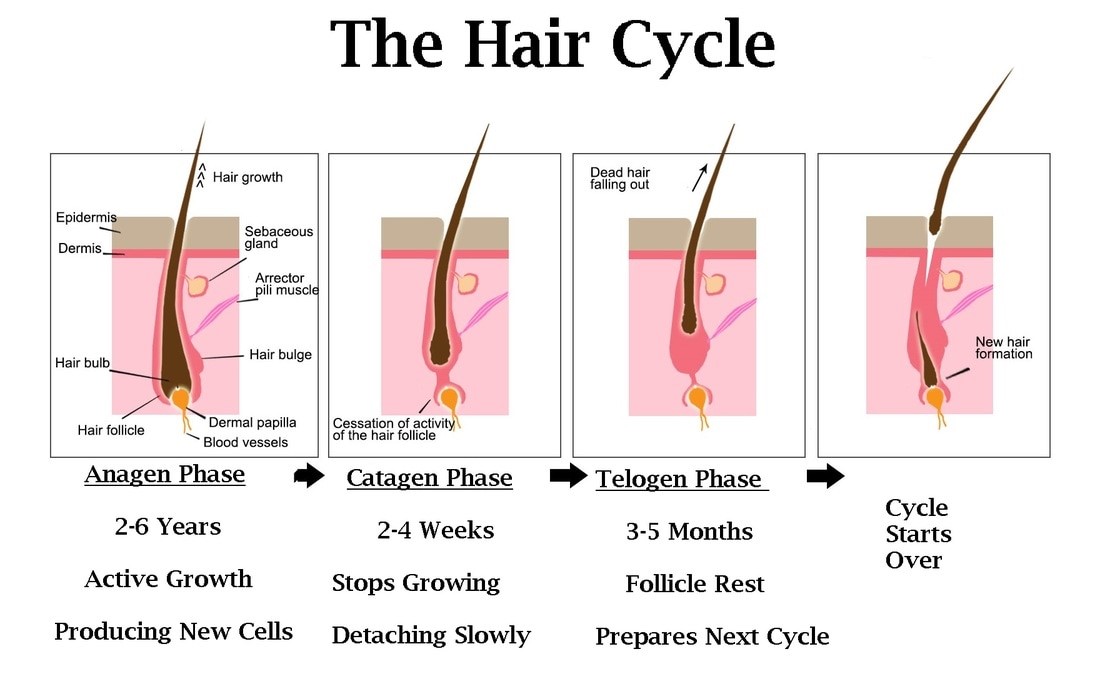 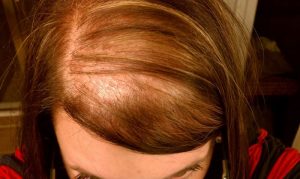 Some people experience what is called diffuse thinning.Note that male and female pattern baldness are just that, hair loss in a pattern, generally on the top, sides, and back of the head, but sparing a thick donor area. Other types of systemic problems such as low thyroid, iron deficiency, collagen disorder, growth or sex hormone deficiency, secondary syphilis all may cause diffuse hair thinning. If you have generalized hair thinning, you need a complete medical workup for the various causes. Also note that some people have both a pattern hair loss as well as a diffuse or generalized decrease in density. These people may well have both conditions simultaneously, but still require medical workup, normally with lab tests.

Other types of alopecia include focal non-scarring forms such as: 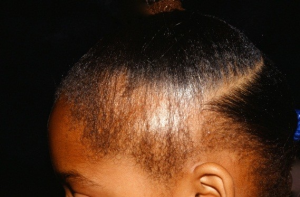 Traction alopecia is a form of alopecia, or gradual hair loss, caused primarily by a pulling force being applied to the hair. This commonly results from the sufferer frequently wearing their hair in a particularly tight ponytail, pigtails, or braids. This is an example of a typical traction alopecia pattern. 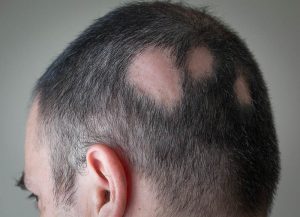 Alopecia areata presents itself as irregular patches, frequently round, of missing hair, scattered throughout the scalp, usually characterized by fine, silvery hairs at the base. This is thought to be an autoimmune condition which lasts for several months to several years, may be characterized by hair regrowth in some of the areas, followed by development of patchy hair loss in other areas. This is diagnosed by biopsy, appearance, hair-pull test and history. 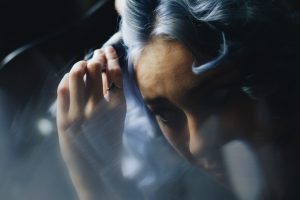 Trichotillomania, also called hair-pulling disorder, is a mental disorder that involves recurrent, irresistible urges to pull out hair from your scalp, eyebrows or other areas of your body, despite trying to stop. 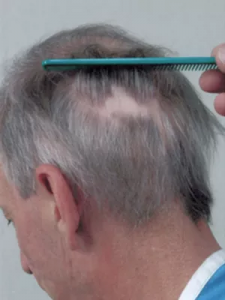 Scarring or Cicatricial Alopecia: Hair transplant surgeons often find unusual cases where the normal patterns of male or female pattern baldness are not present. Usually these are unusual and irregular patterns of hair loss on the scalp, frequently accompanied by loss of pores and hair in the area in question, and often a smooth, glassy appearance on the scalp. When these are present it is necessary to do a biopsy to determine the process that is active.

Accessibility by WAH
Call Us Text Us